There Will Be Lies by Nick Lake 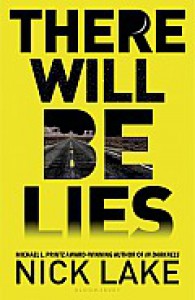 There Will Be Lies by Nick Lake was really hard to read. I tried. I really did. This book was nearly a DNF, but I powered through. I think it started with the ambiguity over Shelby Jane Cooper’s disability. While I appreciate some mysteriousness and enjoy surprises, I felt that the [ ] were too vague, and I kept thinking that I was missing something. When it finally was revealed, I thought, “Well, that would have been nice to know for sure.”

Then came the dream world landscape. What the literal heck was that? I didn’t get it. I don’t want to get it. I thought the story that took place in reality was enough. I enjoyed the anticipation and thought the countdown to Shelby Jane’s death was intriguing. I just could not grasp the story in its entirety. So while this book is not for me, it might be for someone else.

I received this ARC from NetGalley and Bloomsbury in exchange for an honest review.